Host - Splendor in the Grass 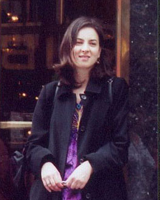 Sheryl Farber is here because her father spotted her mother from a Catskill mountain lounge bandstand. Teenage devouring of Shangri Las and Lesley Gore records landed her a place in NYC underground girl group The Pussywillows.

Since then, she’s contributed vocals to a bunch of obscure records. She’s the co-producer of the Rhino boxed set One Kiss Can Lead to Another: Girl Group Sounds, Lost & Found, has worked on hundreds of Rhino releases as editorial supervisor, as well as written liners for several. She’s been nominated for three Grammys—art direction and historical packaging (for One Kiss) and art direction (Weird Tales Of The Ramones).