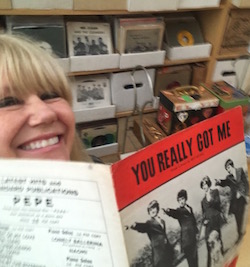 MIRIAM LINNA is the wax maven at New York record label, Norton Records and publisher of Kicks Books, both endeavors which exist to celebrate the unsung heroes of rock n' roll music. Miriam co-founded Norton Records with her late husband, Billy Miller. The pair were inspired to discover and issue unknown music that they had written about in Kicks magazine. Miriam loves to hoard, play, and rave about records, and is particularly hopped up about the Doo-Wop sounds of New York City and the inevitable and much wished-for KINKS REUNION! She lives in the borough she calls home, Brooklyn USA 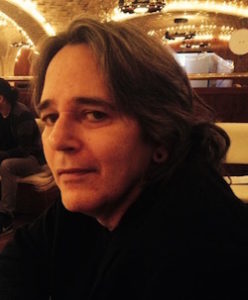 MARC MILLER has spent most of his life in and around music. He started buying records at age five. He's a little older now and shows no signs of quitting. After managing record stores in high school and college, Marc landed a job at famed WBCN, Boston when he was 19. There he was the Music Director and a DJ in addition to being a producer. Marc left Boston to help put WXRK (K-Rock, New York) on the air for which he is still doing penance. There he was a DJ, Assistant Program Director, and morning show producer. After a few years he gratefully accepted an offer to help start up MUZE, a music database company where he stayed for 20 years. He and his records reside in an undisclosed location in New England. 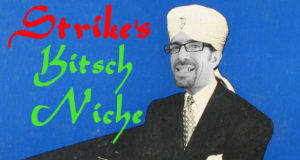